<UL><LI>Keraku-no-oh
No friends, daily beatings by bullies & even his parents have given up on Ryouichi. However, his life changes one day when a new girl transfers into his class. Chihiro is an old childhood friend, and she remembers Ryouichi. She is unaware that he has suffered brain damage from an injury he suffered while they were playing as children. Riddled with guilt, she offers to do anything for him. taking advantage of the situation, Ryouichi demands sex from her. Her conscience does not allow Chihiro to back out, and she agrees. Ryouichi quickly learns that he is infallible in bed, that he has a secret weapon. After years of abuse at the hands of his classmates, he only has one purpose...revenge. He sets out on a carnal, perverse journey to turn all the women that disdained him into his personal sex slaves... <LI>Mija vol 2
Sara is shocked to learn that her destiny is to become the warrior for Raphael and battle the demon of lust, Mija. The pendant she carries, passed on for generations in her family, is the proof of her destiny. Knowing that mija's preferred prey are restless teen-agers, Sara again sets out for battle, masquerading as a substitute school teacher. When she arrives at the school, Mija's power has already taken a hold over its students. The school is rife with cum drenched orgies and vicious rapes. Sara falls for a kind teacher, mr. Endo. However, he soon falls under Mija's spell after Hikaru seduces him into a carnal romp while under Mija's influence. Using Mr. Endo as bait, Mija lures Sara into her realm, and she is repeatedly violated by the bewitched Mr. Endo as well as other male students! After overseeing Sara's marathon gangbang session, Mija is preparing to kill her nemesis once and for all! Will Sara escape with her life? What is the power of her pendant?<LI>Love is the number of keys
Jyun Amanuma is on his own for the first time. His father transferred overseas for his job, so he moves into an apartment as the apartment manager. One day, he witnesses his tenant having hot sex. The apartment owner tells him that this is a sex service apartment! Every night, all the rooms in the apartment come alive with lustful action! Jyun joins in on the fun! Watch his torrid escapades with Sumire, the owner, Marina, the waitress, Miki, the nurse, and more sexy beauties! </UL> 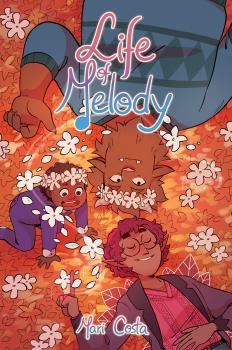