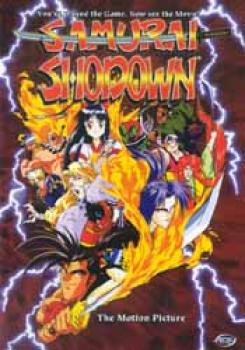 The greatest warriors of all time. Born again to seek the ultimate vengeance!

One hundred years after their deaths, six legendary holy warriors are reborn to seek justice against the former comrade who betrayed them into the hands of an evil god! Based upon one of the most popular video games of all time, SAMURAI SHOWDOWN is a sprawling, feature-length saga of reincarnation and revenge, featuring some of the most spectacular battle sequences ever animated! Join Charlotte, Wan Fu, Nakoruru, Galford and Tam Tam as they search the feudal province of Edo questing for the last Saint Soldier, Haohmaru, and their sworn nemesis Amakusa Shirou. Will the followers of the divine light triumph over the forces of the dark or is the course of history destined to repeat itself? Before their hundred-year journey has ended, six samurai will prove that the only thing stronger than their holy blades is the steel of their wills! 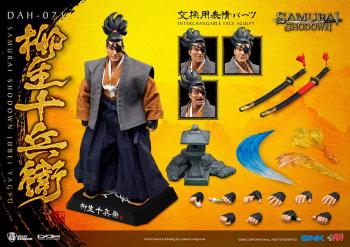