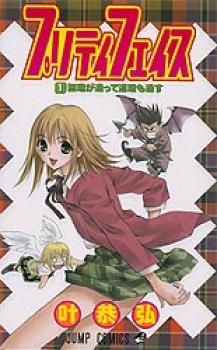 The story is about a highschool bully who gets in an accident and whose face has to be reconstructed using plastic surgery. However, things go wrong because the doctors don't have a picture of his face but only a picture of this girl he loves. After the operation he ends up with the face of this girl, not knowing that she has lost a twin sister years ago. This is basically the story and you can already guess the weird situations that are going to happen to this guy.

Although some might find the story a bit stupid, it is still a mighty funny comic that is so well drawn. At first I was sceptic about it but after reading the first pages I couldn't stop until the last book. It's main selling point are the hilarious situations this guy is involved and the way the characters are drawn: Sometimes so sweet, other times so sexy and then suddenly so funny.

If you like your manga to be hilarious funny and lighthearted with a touch of sweetness then this is for you.