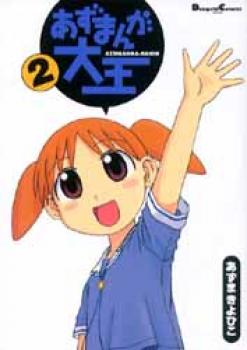 A great comedy series by Azuma Kiyohiko. The manga tells the lives of a group of high school girls and their teachers.

As Azumanga Daioh part one showed you the first year of high school this part will show you the second year.
The girls: Tomo, Yomi, Sakaki Chiyo-chan, Osaka and the new face Kagura will meet a whole new year of problems and hilarious situations. Not just on school but also in there spare time ^_^

Read it and love it. All the girls have there own special personalities and that makes it so much more than just any manga out there!
You won't regret buying it.