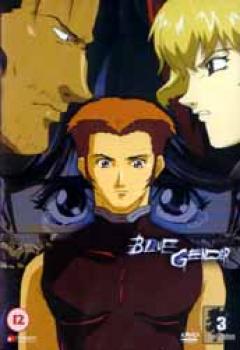 <UL><LI>Episode 7 - Sympath
Still en route to baikonur, Marlene and Yuji cross paths with a rough-mannered stranger named Dice. With the Blue lurking dangerously close, he offers them shelter for the night, and Yuji is given a glimpse into his seemingly carefree life. Bus as Yuji soon discovers, no one left on Earth is without their demons... Not even Dice.<LI>Episode 8 - Oasis
Yuji is separated from marlene and Dice amidst the confusion of a sandstorm. he is rescued from the desert by a band of nomads, and is befriended by Elena, a young nomad girl. As Yuji begins to believe that a peaceful life might still be possible, a raid by a group of bandits serves him a harsh reminder that there is more than one kind of danger in the world - and it is never far away.<LI>Episode 9 - Confirm
Marlene and Dice are reunited with Yuji outside the nomad camp. marlene presses Yuji to continue the journey to Second Earth, but Yuji refuses. He decides to remain with Elena and her people, and to live out the rest of his life in peace. But when Marlene and Dice are attacked by the Blue, yuji is forced to choose between his life with Elena and saving the lives of his friends.</UL>