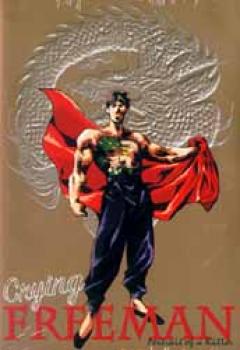 Other items in Crying freeman OAV DVD US

An honest man is forced to become a heartless killer, and an innocent woman is targeted for death...

Brainwashed by the 108 Dragons, a powerful Chinese crime syndicate, Yo Hinomura is transformed into a killing machine known as "Crying Freeman" for the silent tears he sheds for his victims.

When a lovely artist witnesses one of his killing missions, Freeman is ordered to eliminate her. But the heated chemistry between Emu Hino and her would-be killer spurs an immediate reaction. Hunted by the police and the mob, victim and assassin vow to face whatever fate has in store for them together.

based on the critically acclaimed manga series written by Kazuo Koike (Lone Wolf and Cub) and illustrated by Ryoichi Ikegami (Sanctuary, Strain), Crying Freeman is a sophisticated pulse-pounding adventure not to be missed!