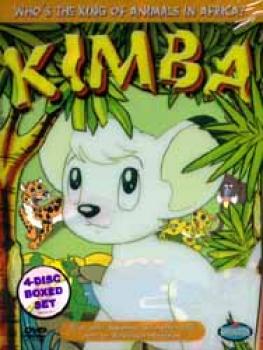 Who's the King of animals in Africa? KIMBA, the white lion is his name.

From the creator of ASTROBOY comes KIMBA, one of the first generation anime classics from Japan, and the first to be broadcast in color, something that was unseen in 1965. Featuring spectacular drawings and trailblazing animation techniques, gentle, human stories and a catchy theme song, Kimba's adventures are enchanting tales of jungle survival and social reform. With his pals Pauly the Parrot, Daniel Baboon and a charming assortment of loveable characters, kimba follows in the footsteps of his late father, the great lion king, making the jungle a better, safer place for everyone to live.