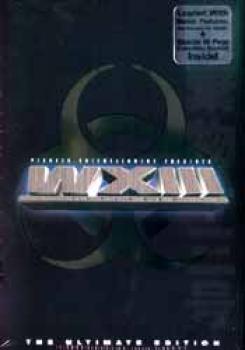 When several deadly Labor accidents suddenly strike Tokyo Bay, veteran police detective, Kusumi, and his young partner, Hata, take on the case. Each detective applies his own style of investigation, but neither is prepared for the international labyrinth of deceit that is about to unfold.

Hata's new girlfriend, a genetic research scientist, hides a secret that the detectives need and Kusumi vows to unravel. Soon, the investigators are entangled in a world of government cover-ups, military conspiracy and personal tragedy. As the investigation heightens, the detectives encounter an unexpected enemy - the ravenous biological weapon WXIII: Wasted Thirteen.