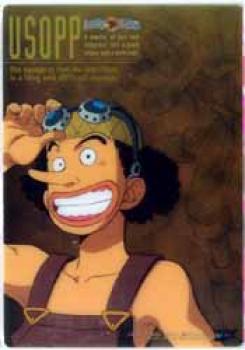 Other items in One piece shitajiki 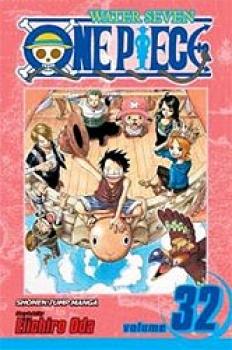 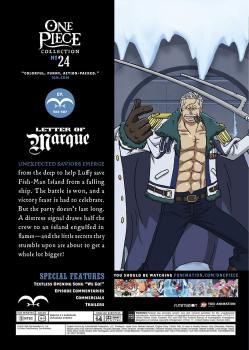 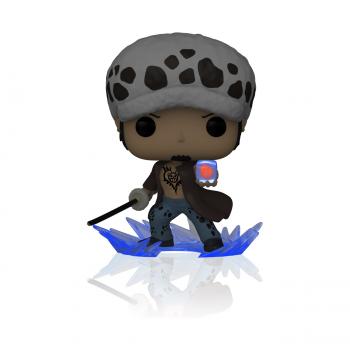 I've been hooked on collecting shitajiki, also known as pencil boards, for a long time now. Shitajiki are basically supposed to be writing underlays (you place them beneath sheets of paper to provide a smooth, sturdy surface while you write, draw or take notes), but in most cases they're collected for the colourful, glossy art on them. This one is part of a set of five boards, each featuring a member of Luffy's crew. Usopp being the eternal underdog of the One Piece cast, this one shitajiki probably won't be as much of a hot collectible as other One Piece boards. The brown colour scheme also isn't the most attractive in the world. However, I was glad to get this one as well, just to complete the set. Like all boards in the set, this one stands out from the crowd thanks to a few neat touches. For one thing, it's markedly smaller than regular shitajiki. This is what's called a mini board among collectors, roughly as big as a sheet of A5 paper (most boards are closer to A4 paper in size). It's also somewhat transparent, and has a slightly rough, grainy texture to its surface. There is also a sketchy full-body shot of the character in the background on this board, which looks really cool in tandem with the board's translucent plastic. Unfortunately, this doesn't show up properly on Archonia's preview image. Nevertheless, this shitajiki's funky design touches make for a cool collectible, even if it's just Usopp.