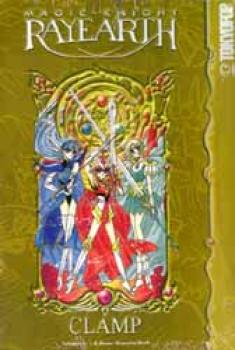 To celebrate this seminal shojo series's 10th anniversary, TOKYOPOP is relaunching the series in the 100% authentic Manga line. Featuring improved image quality, a new edit, and a new design, the new Rayearth is a must-have collection for old fans and new. This limited edition boxed set includes all three manga volumes of the first Rayearth series and a 64-page memorial book, featuring color comics and an all-new Rayearth Encyclopedia not available anywhere else!

Magic Knight Rayearth is the story of Hikaru, Umi, and Fuu, three junior-high schoolgirls who are transported to the magical world of Cephiro. In order to save that world from destruction they must face fearsome opponents, make bizarre new friends, and unlock the power of the Magic Knights that lies within each of their hearts. 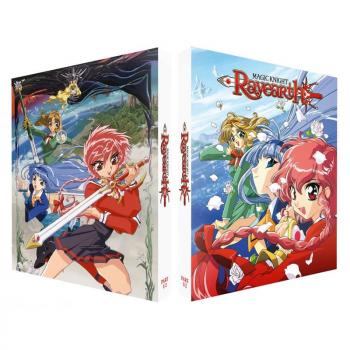 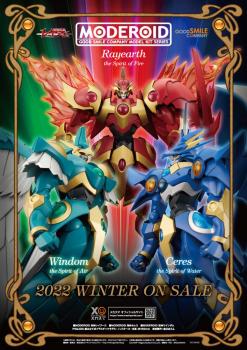 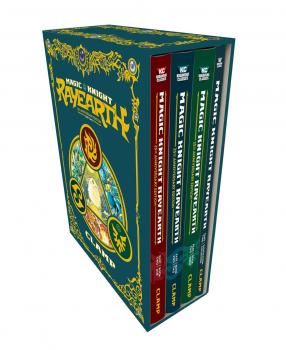 This is an oldie - and the first manga made by CLAMP. however, despite the oldness of the manga and the fact that it's made by - at that time - brand new mangaka's - it's really joyful to watch. However the storyline could've been better. I won't spoil the story, but if you read it, you get the idea that it just doesn't really fit together. However, in there later mangas - like Chobits - they did pay attention to the details.

Still this manga is very much fun to read. It's really good in combining a RPG-like world with lots of fun. In fact, when i played the video game, i was a tad dissapointed that they filtered out a lot of the fun parts, leaving a bit boring RPG.

If you don't have very much money - you had better read Chobits, cause it's simply better. However, if you are a CLAMP fan and haven't read this manga, then you are really missing something.

In short - its not BAD - it simply could've been BETTER.

A note about this box set - it's simply the 3 original manga plus a bonus book, don't imagine too much about the box cuz it falls apart real fast.