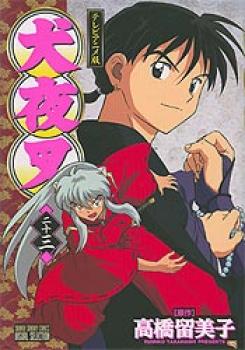 The stories of episode 67 and 69 also appear in the manga. In 67, human Inuyasha turns hanyou again, Kagura tries to give Sesshoumaru two Shikon shards, Kouga is also present the entire episode and they discover Naraku's weak point.
Episode 68 centers on Shippou. Crayons are useful (^-^)
In episode 69, the man without a face appears. He sets out to get a face from someone and meets Inuyasha & co as well.

These anime comics look really pretty - the paper quality is good and the colours aren't dull. The text is also very easily readable (as in: they only use standard fonts).