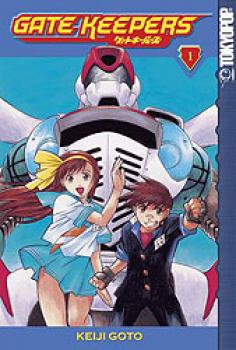 Other items in Gatekeepers manga US

Shun ukiya has one heel of a first day at school: He's attacked by an alien, saved by a girl, discovers that he has extraordinary powers, and then gets recruited as the captain of a global defense force called the Gate Keepers mandated with driving away invading extra-terrestrials. though he's now a prime target for every heavily armed galactic hit man that the enemy sends to Earth, being the leader of a crackerjack team of global defenders has its perks - every other member of the team is a beuatiful girl!