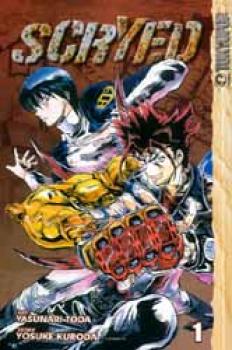 In the desert wasteland of a devastated Yokohama, lawless superhumans known as Alter Users terrorize the terrain. The remaining champions of morality and order have formed a special task force called HOLY, mandated to bring these mutants to justice. However, HOLY may be just as terrifying as the beasts it vows to eradicate. Only Kazuma, a lone Alter User with an empathic heart and a hair-trigger temper, stand against bot - an advocate of the defenseless in a world polarized by power.

The manga that sparked the Japanese phenomenon that included the mega-hit anime, presented here for the first time in the US in Tokyopop's 100% authentic manga format, SCRYED merges the mayhem of Mad Max with the outsider appeal of the X-Men in a story fraught with deranged villians, supernatural action and political intrigue. 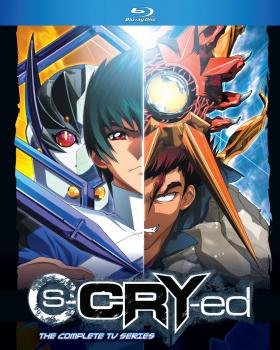