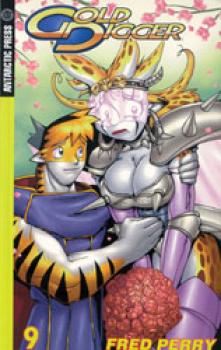 Other items in Golddigger manga pocket US

For the Diggers sisters, life is never dull.

Their father is the most powerful magician in the world. Their mother, the ultimate martial arts master ever known.Action, adventure, romance, magic, science, martial arts, herois quests -- sometimes all before breakfast! Gina Diggers: Brilliant and sexy, she's the toal package. She might be a little boy-crazy, but that doesn't stop her from charging into fantastic archeological adventures that reach not only all over the Earth, but into Dimensions beyond! long before Tomb Raider, Gina was on the case! Gina is accompanied by Britanny Diggers (AKA Cheetah), a were-cheetah endowed with lightning speed and rapid reflexes. She's Gina's adopted sister and loyal bodyguard. She often has to tear herself away from her alien Kryn fiance Stripe to pull her sister out of the frying pan! Join the Diggers sisters as they explore fantastic realms like the garden of Eden, Shangri-La , Atlantis, El Dorado, the mystical land of Jade, and the realm of the Undead, just to name a few!
Creator Fred Perry takes you to his world, where you'll laugh, cry and positively cheer! 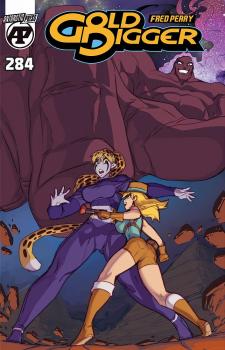