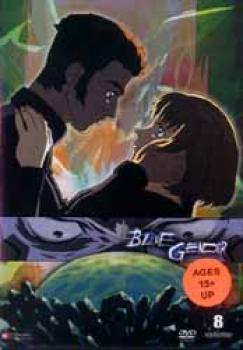 Yuji contemplates his own place in this rapidly changing world, as Director Miyagi lays out his plan to make Second Earth the permanent home of the human race. Meanwhile, satellite images of the Earth reveal a massive Blue migration in South America, and upon investigating, Yuji discovers a monstrous Blue has emerged in the heart of the South American nest. Unless Yuji wins this battle, all hope for the future is lost - for him, for Marlene, and for the entire human race! Approximate running time: 62 minutes.