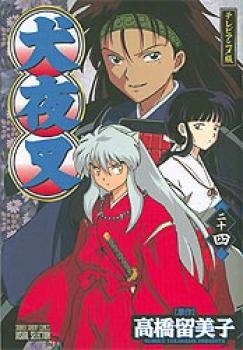 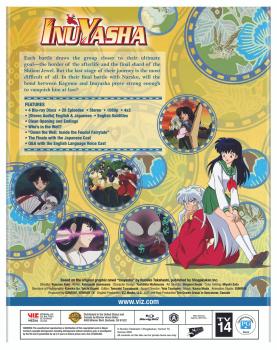 70 and 71 are about Musou (the "man without a face"), but as these are the last two episodes he appears in he already has a face. Because Naraku has a kekkai (barrier) in episode 71 too strong for Inuyasha to break through, in episode 72 he goes off on his own to Toutousai to get advice on how to break through Naraku's kekkai. This is a filler episode though - Inuyasha meets a little cat demon whose family also
has problems with a kekkai and he helps them. At the end Toutousai tells Myouga about the way to break through the kekkai and Myouga tells this to Inuyasha in the next episode.

Looking at the credits list in the back, I find it interesting that the "filler episodes" have been drawn by different people than the "manga-storyline" episodes. It was like that in another IY anime comic
I checked as well. The art style doesn't differ that much between these three episodes though; they all look good. The only thing is that the filler episodes seem to have less shadowing/special effects colouring.
I haven't seen these episodes on tv so I can't say what the images are like when animated. The stories are easy to follow though :) I don't have the feeling I'm missing any images.
As with the other IY anime comics, the colours, cover and inside are pretty (printed well) and the text is easily readable.