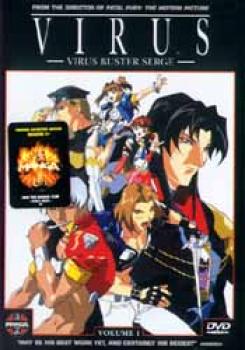 Artificially enhanced humans and intelligent supercomputers operate as one using biological software. But the same technology that has allowed man and machine to merge together has made both susceptible to digital viruses capable of controlling their hosts.

The last line of defense against this dangerous menace is an elite task force known as S.T.A.N.D. Equiped with state-of-the-art armored cybernetic battle gear, only this special law-enforcement arm can deal with the virus-infected war machines. When a mysterious stranger known as Serge appears on the scene and displays unique fighting abilities, he is invited to join the team. But what is the secret behind Serge's phenomenal strength and skill and what dark secret does his past really hold? Contains episodes 1-4.