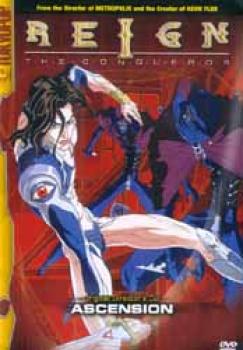 His destiny was to destroy the world. He chose to rule it instead.

Alexander the Great, born to royalty, is prophesized to first rule and then destroy the known world. Taught by the philosopher Aristotle, Alexander negotiates his way around conspiracy and intrigue as he is pursued by the Assassins of Pythagoras. Driven by his insatiable ambition, Alexander is destined to rule a world inhabited by hordes of warring armies, oracles, sorcerers, and shape shifting assailants.<UL><LI>Act 1 - A prophecy born this day<LI>Act 2 - The thunder of battle<LI>Act 3 - A failure of diplomacy<LI>Act 4 - Ascension to the throne</UL>