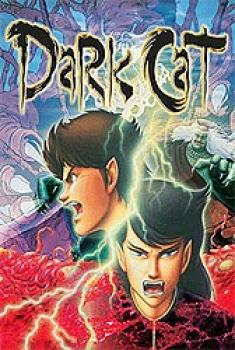 Two young warriors fight to save the Earth from a fate worse than death!

Hyoi and Ryoi are two warriors from another world. They have been sent to Earth to stop Jukokubo, a demon out to destroy humanity. As Dark Cats, the brothers possess superhuman powers. Rather than oppose them directly, Jukokubo uses his evil energy to unleash the dark side of the human heart. Hyoi and Ryoi's classmates are soon reduced to organic killing machines, gruesomely devouring anyone nearby. Jukokubo will learn what happens when a Dark Cat crosses his path