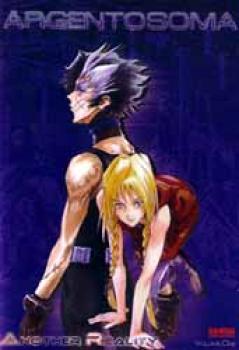 Other items in Argento soma TV DVD US

Takuto Kaneshiro is a gifted young man. A student in metallurgy in college, he's something of a genius. He's got a sweet, loveable girlfriend. And he's got a lot of dreams for his future.

But one day, all those dreams will shatter. In a freak accident during a secret experiment, he will lose everything that's most dear to him. And following these events, he will even lose his sense of self.

After the accident, as he hovers between life and death, a mysterious man spouting Shakespeare offers him a chance to get what he now wants most: revenge.

Takuto Kaneshiro is dead. And from him, Ryu Soma is born. Now, working as a part of the anti-alien military unit FUNERAL, Ryu Soma is determined to get his revenge.<UL><LI>Episode 1 - Rebirth and death<LI>Episode 2 - Death and the maiden<LI>Episode 3 - The maiden and the meeting<LI>Episode 4 - The meeting and the hatred<LI>Episode 5 - Hatred and war</UL>