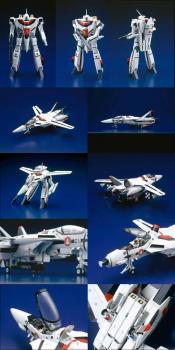 Eagerly awaited by many fans since it's announcement earlier this year, the Yamato VF 1A 1/48 scale has finally been listed. The major improvement over the 1/60 scaled Valkyries from Yamato is that this version can transform from Fighter to Gerwalk to Battroid without the removal of any part. The cockpit blastshield will slide into place (so you don't have to remove the cockpit and replace it with the blast shield). The wing, airflaps as well as the fingers in battroid mode will be articulated. It will have real rubber rotating tires.There will be a removable nosecon to display inner radar artwork. The wrist missile launchers will be springactivated.

Yamato will also release fastpacks later this year. This way fans don't have to buy an entirely new toy to make a Super valkyrie. The price tag of this baby is 15000 Japanese Yen (excl. VAT). 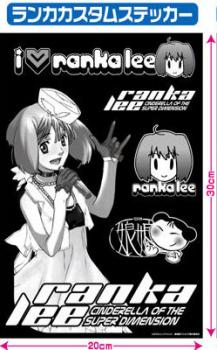