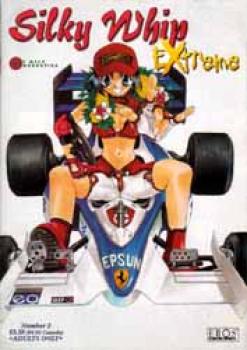 NEW! Oh! Great mixes sex and fetish with a futuristic tale in his new story arc! The bounty hunter Mariko O'Brian has a body that has to be seen to be believed, and her new pal Koji can't get enough of it especially after she invites him into her bed for a night of 'no holes barred' sex. But Koji is about to find out that there can be too much of a good thing, when Mariko¹s bloodthirsty clone sister shows up in a fully-armed battlesuit and a few tricks up her kinky sleeve! From the fantastic to the fetishistic, Oh! Great just keeps getting better and he really ups the ante with this sexy sequel, taking it to a whole new level... a Silky Whip Extreme one, of course!