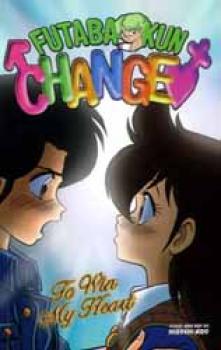 Futaba's secret is out, and now he has to do some major damage control if he wants to keep Misaki in his life! But just as things start smoothing out, a new complication enters the scene in the form of Kurin Shimeru, Futaba's distant relation from his parents' home island. Like Futaba, Kurin has the same gender-bending abilities. Unlike Futaba, Kurin uses her abilities for selfish reasons, careless of the havoc she wreaks creates in her gorgeous male form. Then there's the little problem of a past promise Futaba's father made: Kurin Shimeru is Futaba's fiancee! What will Futaba do?! Can he find a way out of this engagement and keep his love for Misaki alive?