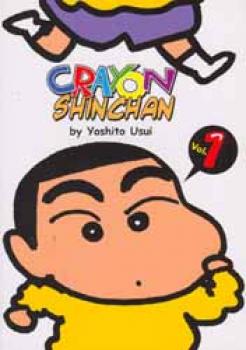 Other items in Crayon Shinchan manga US 1st ed

Famous as a Japanese anime TV show, Crayon Shin-Chan follows the daily life of a five-year-old boy whose bodily functions, offensive comments, and outrageous behavior consistently annoy his parents and land him in hot water. Crayon Shinchan is a hilarious enthology of short stories akin to American newsprint comic strips. A national phenomenon in Japan, this fresh and shocking comic celebrates the terrible power of destruction and indecency wielded by toddlers everywhere. 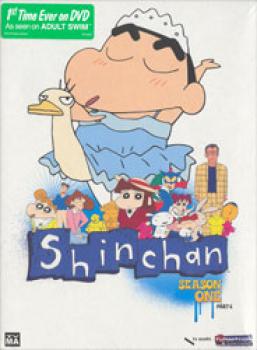 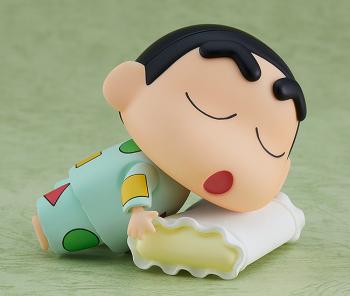 This is a really funny manga about a 5 year old called Shinosuke Nohara aka Shin-chan. There's a lot of 'potty humor' like when Shin-chan does his butt dance or shows his, er, peepee with drawings around it so it looks like an elephant.
It's more mature than the tv series I watched and loved, because I'm pretty sure they censored/edited what they aired. But this is Shin-chan in all it's glory.

And some people might say that the drawings look so bad. But they're supposed to be like that. And it's not all that bad, the art is consistant and even though it's a simple style it really suits this kind of story.

This volume is flipped by the way.
But generally I don't mind, it's still a great read and I'm surprised it's not more well known.
Shin-chan is one of the most famous cartoon characters in China and Japan and also rising in popularity in Europe. America seems to know almost nothing about the greatness that is Crayon Shin-chan!