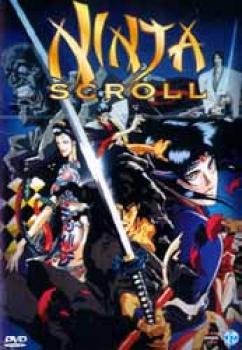 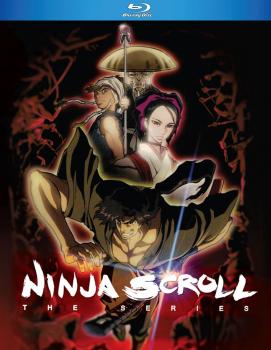 This movie is a real must if you like ninja's and martial arts. The action is very good animated and the music is also pretty good. The only thing is if you can't stand blood you should leave this title alone, because every enemy of jubei is slane whit acouple of liters of blood.

As I already said before, it is a really good title for martial arts lovers.

Before I bought Ninja Scroll, I had read some reviews, and they were all very positive. Ns is supposed to have a lot of fans, so i thought it would definetly be worth it's money...wrong. The art and animation were very good, but the story sucked. The characters were boring, exept for Jubei, who's funny sometimes. But even our hero jubei couldn't safe the bad story. The story feels like it's quickly put together sometimes.
now the good. Like I said, the artwork is great, and so are the fighting scenes.
In the end I'd have to say that it's very average.