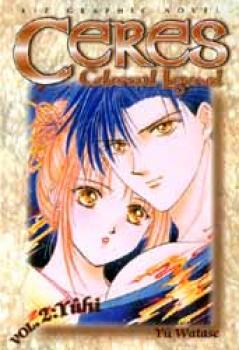 Other items in Ceres, Celestial legend manga US 1st ed

Shoot for the heavens
Yuu Watase, the immensly popular writer/artist of the shoujo (girls') fantasy smash hit Fushigi Yuugi: The Mysterious Play, has turned her creativity and wry sense of humor to the horror genre with her anime/manga hit Ceres: Celestial legend! Aya thinks she is a normal high-school girl until she finds out that she can transform into a vastly powerful "heavenly maiden" named Ceres... but Ceres is furious and out for revenge!

In the line of fire...and brimstone
Yuuhi is a relatively popular young guy at his school, but his life is interrupted by the omnious premonition of his beautiful sister-in-law, Suzumi. Off goes Yuuhi to rescue the spunky high-school coed Aya Mikage, who is under a death sentence by her own family! The rescue goes well, but soon Suzumi relegates Yuuhi to protecting the high-spirited young girl. Little does Yuuhi guess that two personalities dwell within Aya's body - herself and the legendary celestial maiden, Ceres! Although Yuuhi complains about Aya all the time, why does het get so jealous when the handsome mystery-man Touya is around? It couldn't be that he actually has feelings for Aya, could it? 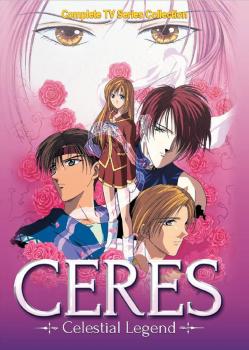