Lone wolf and cub vol 26 Battle in the dark TP 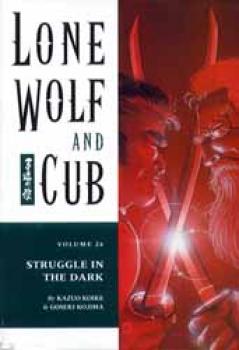 Lone wolf and cub vol 26 Battle in the dark TP

One could believe the old adage about the grass being greener on the other side. But, if you're referring to the "other side" of the Sanzu, the river between life and death, chances are it will be white, the color of a samurai's death robes. And a lot of that "grass" was probably dispatched by the hand of Itto Ogami. The Yagyu "grass," spies planted for years in local citizenry, has been on the move, gathering in Edo for a final battle. The ronin Itto Ogami has walked a path of demons with Daigoro at his side, on a quest of vengeance and death that has shaken the very foundations of the samurai caste and the shögunate. No one has been able to stop him, not even the crafty, Abeno Kaii and it looks like he's about see his final day, but he won't go out without a battle of wits! Only three more volumes until the long-awaited conclusion of Lone Wolf and Cub. And when it's over, you'll only want to read it again. 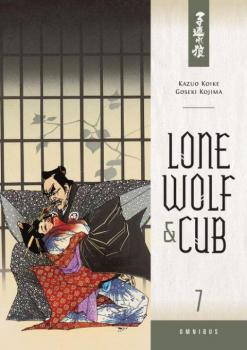