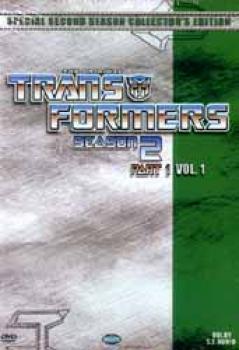 Parts, wholes, devices, and schemes.<UL><LI>Autobot Spike
Autobot X is Ratchet's new invention, built from spare Autobot parts. When Spike is injured in battle, his mind is transfered to the unintelligent Autobot X, but Spike isn't quite ready for the new power granted by this procedure.<LI>Changing Gears
Megatron plots to kidnap Gears in order to complete the Solar Needle. Only a chip that resides within Gears will allow the Solar Needle to pierce the very sun.<LI>City of steel
Megatron and the Constructicons replace the Empire State building with a new Decepticon Headquarters, the first part of "new Cybertron", a rebuilt New york City. During a battle in the Big Apple, Megatron captures Prime and tells the Autobots to leave if they don't want to see their leader harmed.<LI>Attack of the Autobots
Infiltrating the Ark, Megatron plants a Personality Disruptor chip into Teletraan-1's recharging units. Once the Autobots recharge under Megatron's orders, they head to Florida to steal a satellite from a rocket-launch base for the Decepticon commander.<LI>Traitor
Megatron and two of the Seekers steal volatile Electrocells from a science lab. Back at the Ark, Cliffjumper suspects Mirage of treachery. Cliffjumper's suspicions are confirmed when he spies Mirage bringing energon cubes from the Insecticon's lair to a Decepticon base.<LI>The immobilizer
The Decepticons steal Wheeljack's new Instant immobilizer, and Ironhide feels responsible, having failed to protect the invention. The Autobots head for Decepticon HQ to retrieve the device, as does a young human named Carly.<LI>The Autobot run
The Constructicons unveil Megatron's new device, the Transfixatron. During a car race and stunt show for charity, Skywarp uses the device on the Autobots, locking them in vehicle mode. Megatron has another surprise for the Autobots, a giant machine designed to eat chunks of metal.</UL> 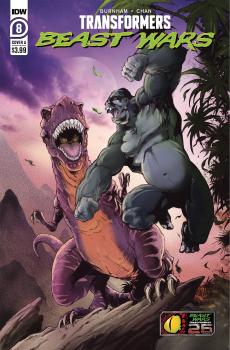