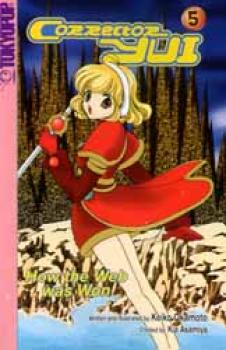 Yui Kasuga's life has been anything but normal since she was transported into the computer world of Com-Net to become Corrector Yui. In this final volume, her special powers are truly put to the test! The Correctors set off for Grosser's castle to rescue Yui's crush, Shun. And Shun isn't the only one who needs saving - Yui's friend, Haruna, has been taken over by Grosser and must be initialized by Yui if she ever wants to be normal again. When the evil computer program Grosser finally reveals that his ultimate plan is to destroy mankind, the Correctors have to think fast to save themselves...and the entire human race.