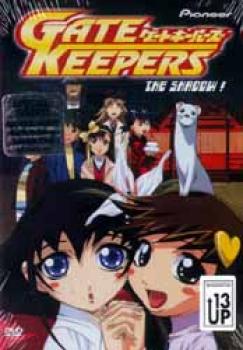 The dark plan
Reiji Kageyama revealed his radical political theories on national TV, but an Invader attack forces AEGIS to jam the rest of the broadcast to prevent widespread panic. Christmas and New Year's pass relatively uneventfully, but the Shadow's plots weakens the AEGIS team. To further complicate the situation, the return of Kaiser Kikai (Kikai Shogun) and Count Akuma (Akuma Hakushaku) coincides with a threat against Ruriko's father - will the gate Keepers be able to deal with the threat? Will they realize the true enemy before it is too late?

<UL><LI>Episode 19: The opinions of youths!<LI>Episode 20: Leap forward into a New Year!<LI>Episode 21: Protect the festival of progress and harmony for mankind!</UL>