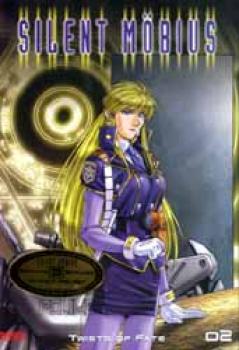 War is barren. But one sure thing comes from it... The power to create new life"

The fight against the Lucifer Hawk rages on, and the women of AMP seem no closer to victory. Meanwhile, Roy and Katsumi begin to get closer. The arrival of Rally's sister Rosa, however, brings startling secrets about Rally, and deals a crippling blow to one of the members of AMP. Meanwhile, as the team copes with the Lucifer Hawk menace as best they can, a new player enters the game and begins manipulating them. But a new member joins the AMP just when they need her most, the fiery, youtful, obnoxious Lum Cheng. but is she worse than the Lucifer Hawk? Contains 9 episodes on one 2-disc set!