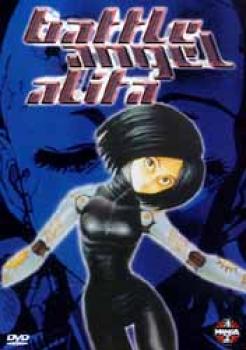 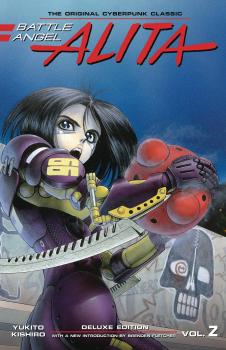 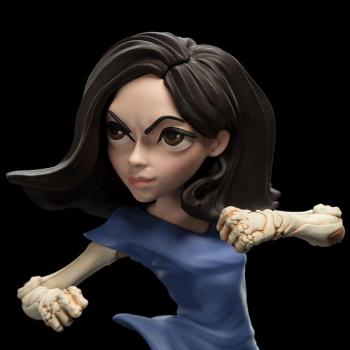 I love the manga of &quot;Battle Angel Alita&quot; (aka GUNNM). First I just knew the anime/movie/ova, and I liked it very much. But when I read the manga, I was very sad.
The movie is much too short. The manga series has 9 volumes and in the movie there are just a few chapters shown. Why didn't they made a good TV Series?!
The movie on his own is interesting, although a few interesting facts of the manga are not mentioned (like Alita's/Gally's special Body).
For that, there is a character that is not in the manga: Shiren. I think it is a pity that she wasn't mentioned in the manga, because she was a interesting fact and part of Ido's life. But the main role is Alita/Gally, so it is okay and I as a fan can live with it.

Result: The movie is a just too short. A TV Series would have been better. But if you don't know the manga it is a good anime. The animations are fine (no &quot;use one scene 100 times&quot; like in other Anime), the voices are okay (though I like the german ones a little bit more - and I don't say that often). If you know the manga it is... nice, but not more.

I first saw this movie on tv. it was one of the first anime's, together with Akira, that I ever saw. And even now if continues to captivate my heart because of the story. THe animation may seem outdated but that only adds to the atmosphere that this anime breaths.

Very litle is known about the little cyborg body dr. Ido finds. He decides to give her a new body and to keep her as his new companion (not love-wise). But at night Ido has a diferent agenda than being just a doctor he hunts other evil cyborgs. Soon Alita gets mingled into a fight and then she discovers she possesses enormous power. She decides to put that power to good use and helps dr. ido in his quest.

This all takes place in a wasteland. But above that wasteland hovers the Nirwana. It's a place for the wealthy and important people. What I liked and still like is the symbolism behind Nirwana. i'll explain:

Alita has a friend who always dreams about going to Nirwana one day. Alita really cares alot for her friend and tries to show him that. But the only thing he sees is Nirwana, Nirwana and Nirwana. All he dream about is going to &quot;a better place&quot; where worries like, murder, hunger and fear don't exist. But all that time he doesn't see the affection and friendship that Alita tries to give him. But why is Nirwana then so symbolic? Well because we never get too see Nirwana. We only get to see it in the way the characters look at it. In that way we all seek for a Nirwana. We all dream about a place where our current worries and problems don't exist.

Of course dreaming and searching for such a place is ok! Because secretly everyone does that. But it stops being right when we do'nt see what we have now. People always chase for better things without seeing what they have now. And I think that is what this anime tries to tell us and that's why is so DARN good!!!!

So in short buy this unique movie and see what I mean.

The title may not be very promosing, but it is a great anime with a good story. The story is about a cyborg who is found by a cyborg docter. He patches her up and names her Gally. Gally becomes a bounty hunter wich will lead to some nice fighting scenes. It is also a story about love and friendship. this all makes it one of the best anime ever.