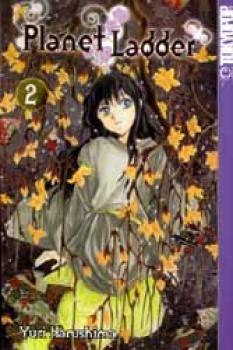 Kaguya is lost and confused in a strange new land with no one by her side except her mysterious and silent robot companion, Gold. But when she stumbles into the realm of a strange and beautiful woman named Bambi, Kaguya finally learns about the universe crumbling around her and the motives behind the raging warlords who hunt for her day and night. Now, Princess Kaguya must discover the reason for her royal title in this warring world, and the role she is destined to play in creating peace in the battle-scarred universe. 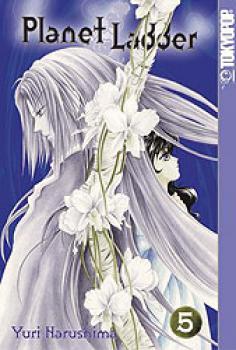 After the relatively good opening, the second volume of Planet Ladder slows down quite a bit to explain the history and background of various characters and the different worlds they come from. Also, we get to know a lot more about Kaguya, as she tries to understand her new situation.

While the bits and pieces offered here are very interesting, they tend to be miniscule in scope and by the end of the book the reader is probably still quite confused regarding the grand situation between all the words. Narushima's storytelling concentrates more on mood and style than on actual storyline - there's very little happening in this volume.

Still, the cast and story seem promising enough and as of yet the relatively slow pace isn't too frustrating. Tokyopop's release has decent quality, but sometimes it is very hard to figure out who's saying which lines, largely due to Narushima's unconventional compositions.