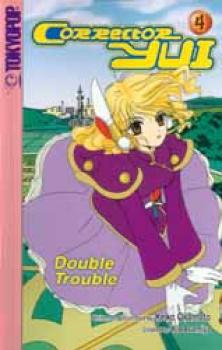 When Yui was first transported to Com-Net to become Corrector, her mentor I.R. thought there was a mistake. Now it turns out he was right! Yui's best friend Haruna was meant to be the Corrector, but through a mix-up, Yui became corrector instead! All is well, though, when Haruna gets a Corrector suit of her own, and she's so charming that all the Corrector programs instantly take a liking to her. Something's not right though... Why would Haruna encourage the Corrector programs to fight each other? Could it be the work of the evil Grosser?