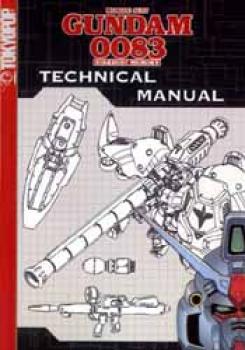 Three years after the One Year War, the remnants of the Principality of Zeon are regrouping to strike back against the Federation. One of the most epic Gundam stories ever told, Stardust Memories (also known as Gundam 0083) is full of epic space conflicts, naval battles, and aerial assaults featuring a slew of new mobile suits. But in the midst of the chaos, the war becomes a one-on-one battle between test pilot Kou Uraki and Zeon ace pilot Anevel Gato. Full-color design schematics for all Mobile Suits in Stardust Memories OVAs. Histories of the Federation, the Principality of Zeon, and the One Year War and the five years of conflict that followed. Biographies of all the key players in Stardust Memories. All-new paintings of Gundam units in action. Third volume in a continuing series covering the entire Gundam universe.