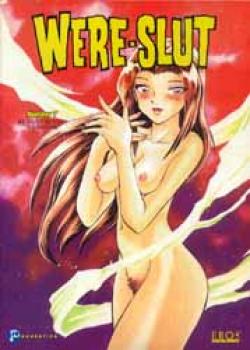 Kimiko's boyfriend, Toru, is having a hard time with getting so little attention from Kimiko. While waiting for Toru at basketball practice, Kimiko is trying to figure out why her boyfriend is acting so strange. With all the sexual thoughts going through her head, Kimiko is once again transformed into the Were-Slut in the school gymnasium. With nobody else around except some innocent guy, the Were-Slut begins to instruct him in the art of lovemaking until, in the end she is confronted by her boyfriend. Another over-the-top issue of this conscientious sex series.