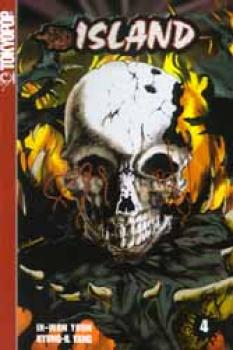 Strangely, the suspected serial killer Pan is missing when a retrovirus more lethal than Ebola or smallpox is systematically being spread through Cheju Island by a madman wielding contaminated skulls. After Miho incidentally becomes a target, she is saved only by a mystical sign Pan taught her, and the origin of the disease quickly comes into question. At the same time, Miho and the young American exorcist (John) team up to investigate the skulls with a group of Japanese Interpol agents who have special powers. Yet, is this simply a police matter, or do these outsiders have another, more sinister link to the crimes. English version written by Jamie S. Rich, Oni Press Editor-In-Chief.