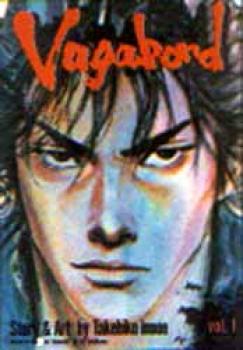 Other items in Vagabond manga US 1st ed

Tokugawa Era Japan: a new government has just taken power and the land is in disarray. Amidst the turmoil, a young man sets out on a journey seeking spiritual enlightenment by the way of the sword, prepared to slay anyone who might get in his way! Adapted from the fictionalized biography Musashi by Eiji Yoshikawa, Takehiko Inoue depicts the life and times of real-life "sword saint" Miyamoto Musashi! At the aftermath of the Battle of Sekigahara, 17-year-old Takezo and his friend Matahachi lose the epic battle and seek refuge at the home of a woman named Okô. Tsujikaze Tenma, the local bandit leader, and his men attack. Takezo manages to defeat Tsujikaze Tenma, while Matahachi sneaks off with the Okô and her daughter Akemi. Separated from Matahachi, Takezo returns to his home village of Musashi and finds he is wanted as a criminal! Will Takezo be captured? SC, 248pg, b&w 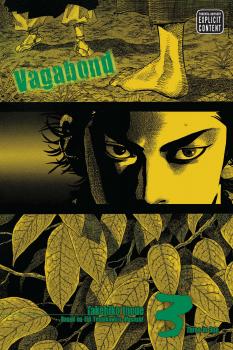