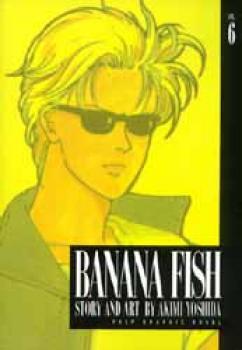 Other items in Banana fish manga US 1st ed

This volume: Ash is enraged and horrified when Prof. Dawson reveals who was used as a guinea pig for the drug "Banana Fish." The Chinese mob has betrayed Shorter Wong along with Eiji, whose fate, it seems, is to become Papa Dino's concubine. As both Shorter and Ash's boys plan a raid to rescue their bosses, Ash, chained, is to witness the effects of Banana Fish upon his friends. Will he be forced to kill then to save them from a fate worse than death?