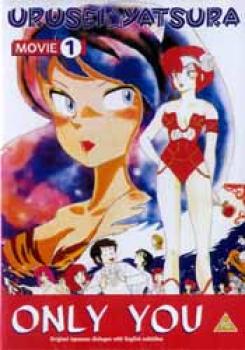 It isn't easy being a guy - especially if you're Ataru Morobishi, the luckless lecher loved by Lum, the aviating Alien Princess with a very short temper. Lum doesn't need much assistance going ballistic when evryone in Tomobiki gets an invitation to Ataru's wedding and she's not listed as the bride! Seems some 11 years ago, Ataru played 'Shadow Tag' with a young girl named Elle and won; unfortunately, Elle was another Alien Princess, and on her planet, if a boy steps on a girl's shadow, they have to be married!
When Elle's emissary comes to make arrangements, Lum redefines the term "the atmosphere was electric", but to no avail: Ataru's now protected from her high voltage zaps. Lum's friend Benten suggests a pre-emptive wedding, and with Lum's parents help, they manage to break the force-field and abduct Ataru. However, before the emrgency wedding can occur, Elle's fleet attacks, and Ataru and the entire 'wedding party' are re-abducted to Planet Ell.
While Lum and Co. plan to re-re-abduct Ataru, his rival Mendou and his long suffering semi ex-girlfriend Shinobu find out that Elle has a hobby: finding handsome men and freezing them! Alas, Mendou is slated to be slotted onto slab 100,000!
After Ataru finds out about Elle's sideline, he decides not to mary her, on the grounds she's been unfaithful (a real leap, considering he's been planning to turn Planet Elle into his own private harem!). And, so as the sky is lit up by colliding battle-fleets, the stage is set for the shotgun wedding of all time! 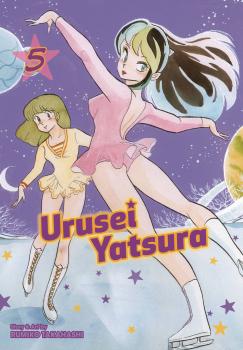 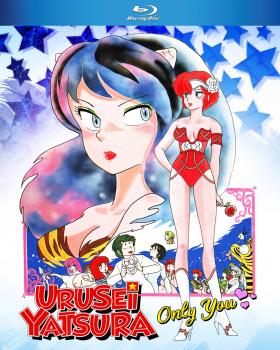 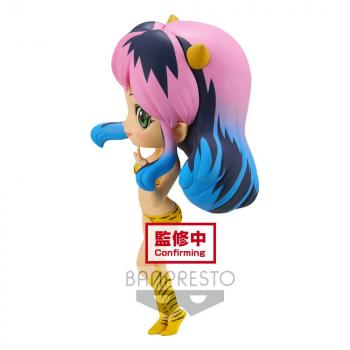