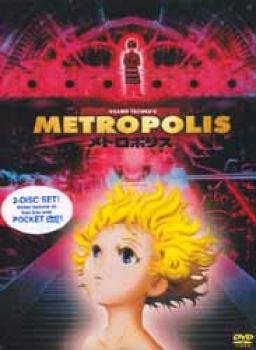 Directed by anime veteran Rintaro, with a script scribed by Katsuhiro Otomo (Akira) based on a classic manga by Osamu Tezuka, the anime Metropolis is set in the future, centralized in the grand city-state of Metropolis, a region populated by humans and robots, the cohabitants of a strictly segmented society. Amidst the chaos created by anti-robot factions, detective Shunsaku Ban and his sidekick Ken-ichi are searching for rebel scientist Dr. Laughton, to arrest him and seize his latest creation, Tima, a beautiful young girl. When they locate them, Shunsaku quickly comes to realize that the eccentric scientist is beyond their reach, protected by a powerful man and his fierce desire to reclaim a tragic figure from his past. 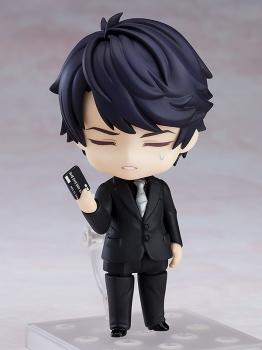 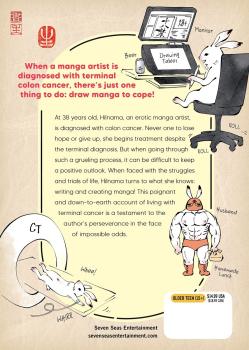 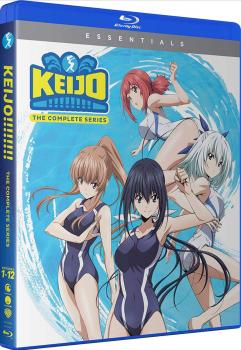 Being such a sucker for retro-futuristic settings and having seen all the positive press that Metropolis was getting, I had high hopes for this movie. And while I find myself warming to it somewhat after repeat viewings, the initial underwhelming impression that Metropolis left me with doesn¿t quite fade away. I really wanted to like Metropolis a whole lot, and it certainly isn¿t a bad film. But it¿s not the next Big Thing in cinematic animation, nor is it an exceptionally brilliant story. What¿s really just a decent movie with some unique visuals has been over-hyped as a kind of deep-running masterpiece which it is not. It only pretends to be.

Metropolis tries very hard to appear more intellectual than it really is by tacking a truckload of subplots, details and attempted statements onto its basic plot, but forgets to do anything with all these little side dishes. Such things as poverty in the lower Zones of Metropolis, robots getting bullied or Duke Red¿s deceased daughter are brought up in some offhand mentions and then either dropped entirely or wrapped up too abruptly, without ever contributing anything meaningful to the movie as a whole. The writers are basically throwing in subplots just for the sake of having subplots.
The same thing applies to the themes presented in Metropolis. The movie is filled with concepts such as the arrogance of mankind and its ultimate downfall at the hands of its own oppressed creations, the depravation of life in urban environments or the quest for identity and the value of humanity. In other words, concepts that have been done to death in countless other films, sci-fi or otherwise. Metropolis does nothing new with these tried-and-testes science fiction staples. It only throws a lot of them around the screen and then lets them rest without ever exploiting them. Plot-wise, Metropolis is not brilliant, but merely overcrowded. It¿s as pointless as an orchestra pit filled with as many instruments as possible while there¿s nobody around who can play them very well.

This all makes the dull, cardboard characters and the illogical plot holes very hard to overlook, let alone forgive. Why does Duke Red need to put Tima at the top of the Ziggurath when it¿s amply demonstrated that the Ziggurath already provides him with an all-powerful weapon on its own? Why does he still need to stage a political coup when he could just seize power through brute force with the Ziggurath? And why does Tima suddenly switch from innocence personified to wrathful apocalyptic device just by sitting on some chair? The answers to these head-scratchers could certainly not lie in the deeper psychological motivations of the characters, since they have none. Kenichi is never more than a goody two-shoes, Tima never does more than follow Kenichi around with baby duck-like devotion, and the rest of the characters are lucky if they come off with so much as one clearly distinguishable character trait. Only Rock is a somewhat interesting character ¿ at least it¿s clear what makes him tick, although he basically only does the same thing over and over again throughout the film.

However, Metropolis¿ main claim to fame lies in its visuals, not its substance. And one can¿t deny that the film is impressively unusual to look at. To begin with, the character design goes for a vintage Tezuka look, meaning we get characters with exaggeratedly cartoony features, squat bodies and fat legs. It will alienate some viewers altogether, but I appreciate the attempt to do something different. It¿s a bold choice, and it works well in the retro-looking environment of Metropolis.
The city itself is truly a striking creation, with intricate architecture and spectacular sights. But unfortunately, a lot of that pesky CGI comes along to detract from the impressive look of the city. The computer-rendered elements that seem to crop up every few shots never blend in well enough, and stick out annoyingly with that shiny, fake look so typical of cheap CGI. No matter how intricate and fluid the computer elements are, they stick out as awfully fake. The awfully tacky-looking throne room near the end of the film is probably the most glaring example of badly used CGI throughout the film. Ultimately, the wide use of CGI is just another element thrown in for the hell of it that has nothing to add to the movie as a whole. Since the CGI and the hand-drawn elements never blend together successfully, what was the point of having both things together in the same film? Answer: none, it¿s just another example of Metropolis¿ More is Better philosophy.

The only truly outstanding feature of Metropolis is the music. With its catchy, riveting jazz tunes, the soundtrack of Metropolis leaves a much stronger impression on the viewer than the movie itself does. That leaves us with a soundtrack CD that¿s truly worth buying while the movie itself is merely worth seeing once for its striking visuals if you¿re interested.
You¿ll still be humming the Metropolis theme tune long after you¿ve stopped caring about the rather messy movie. For the future, Rintaro is advised to stick to playing the clarinet. He¿s a whole lot better at that than he is at directing animation.