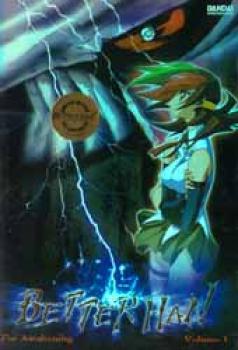 Other items in Betterman TV DVD US

Teenager Keita Aono's greatest ambitions are to get a perfect score on his Digi-Robo game and stay awake in class. But when an old fiend named Hinoki moves back to town. Keita thinks things will change. And they do...

The new underground amusement park is the scene of a terrible massacre. Something called "Algernon" is aid to be responsible. Mode Warp and Akamatsu Industries are humanity's last hope against inevitable destruction. they've got some heavy firepower to back them up and they've got Hinoki too. But then there's a third side to this war, the mysterious entity known only as Better Man. Is he friend or foe?

Keita's bumbling will place him in great danger, but he'll have the ride of his life - if he survives! 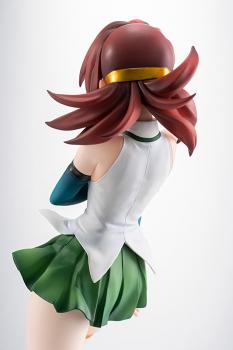 I originally became interested in Betterman just because I heard it was connected to Yuusha-Oh GaoGaiGar. It has some really creepy scenes in it and makes an excellent darker companion piece to GaoGaiGar. I'd recommend it for those who don't like GaoGaiGar as well, since it's very different from the bright and hopeful world of GGG and is aimed at an older audience than its "brother". Both the opening and endind songs are excellent, especially the ending song.