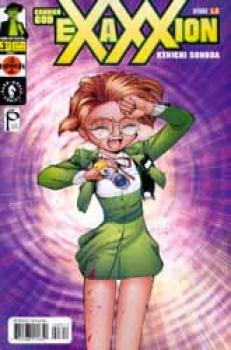 One young man is Earth&#39;s only chance to escape the yoke of clever colonizing aliens. But this isn&#39;t just any young man, it&#39;s the grandson of the most perverted (and technologically connected) scientist in Japan. Hoichi Kano, a bull-headed teen with a bad attitude and a flair for fighting has stopped an alien robot in its tracks. But don&#39;t get too full of yourself, hero. It&#39;s only one small robot sent to guard one small high school. Desperate Earth commandos prepare to take out the alien ambassador, but not before he uses his giant robot to exact reprisal for Hoichi&#39;s actions. Little does he know that there&#39;s a bigger enemy waiting in Japan than a kid in a black gun-suit.