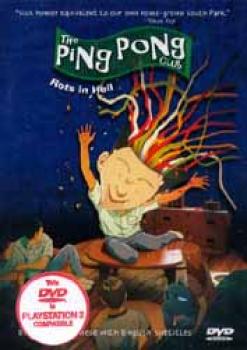 The thing that makes this series so awesome is that it has some of the most disturbing images I've ever seen. Everything from guy showing his worm like penis, people drawing cats on other peoples asses, shitting while running at full speed and sticking ping pong balls in your ass while pretending to be a turtle and laying some "eggs".

Do I really need to say any more? No, I better not.

I can say for sure that this series isn't for everyone, especially not for the younger ones, but for those who believe they might enjoy these disturbing images that I just told... go for it ;)