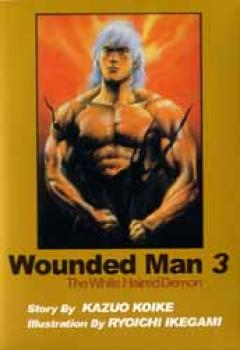 Remo, the leader of the tribe, becomes enamored with Yuko and decides to bring the two of them back to his village. The natives want to see how well Keisuke and Yuko can fight and set up and elaborate ritual to test their worth involving poisonous blow-darts. After they win, they stay the night in the village after Remo has promised them vast riches. However, they're actually abandoned and Keisuke sets fire to the village. Later, they encounter Remo and his tribe and they poison Yuko. The antidote is comprised of an addictive drug but Yuko overcomes it by her love for Keisuke; and Remo is so touched, he actually lets them have the treasure. Along comes Black Snake, the snake handler, who becomes their partner and they devise the ingenious plan to use his anacondas as transport for the diamonds. Now, throw in Peggy the boat builder, the mafia, and bittersweet sacrifices to see of they can safely smuggle the treasure out of Brazil.