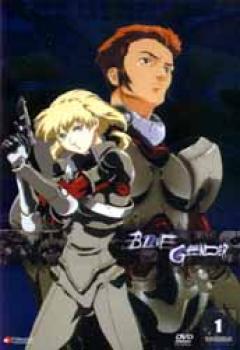 Yuji, a high school teenager with an incurable virus and placed in artificial hibernation, awakens in the year 2013, an era of war, despair and death... and a world now controlled by BLUE, a mysterious creature that lives only to destroy. Hunted and on the verge of extinction, mankind has fled. Now, their only chance for survival rests in Yuji in their quest to destroy BLUE. Approximate running time: 75 minutes.