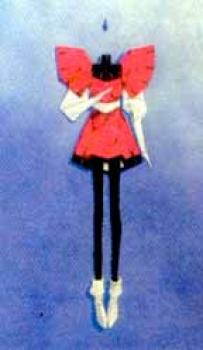 Across the five star systems, known as the &quot;Joker Systems,&quot; kingdoms dot the heavnes like stars. There are knights within these kingdoms. Known as &quot;Headliners,&quot; they control giant robots called Mortar Heads. Bound to the knights are the fatimas, test tube humanoids (mostly female) who possess expanded mental abilities that make it possible for the Headliner to control their robotic armor. This softcover features a host of illustrations of the characters from Mamoru Nagano Five Star Stories, including the beautiful Fatimas.