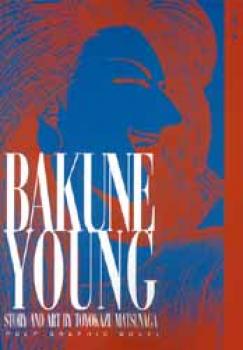 In This Volume: Still holed up in the concrete tourist trap of Osaka Castle, Bakune holds hostage a quivering clutch of elderly sightseers, and, much more valuably, the leader of the Japanese mafia, the &quot;Don of Nippon.&quot; Hemmed in by a ring of impatient cops and mobsters, Bakune puts out a call on television asking for &quot;retainers&quot; to come to the castle and serve under him! How long will it be before he realizes the Japanese government has no intention of meeting his 100 trillion yen ransom? Meanwhile, Mr. Shiroyama plans to break the Don&#39;s psychic/psychotic daughter, Renge, out of her house arrest. Shiroyama thinks he&#39;ll use her to help him get his revenge on Bakune... she thinks she&#39;ll use Shiroyama to help her take over her father&#39;s job!