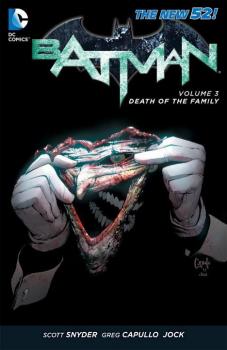 Other items in BATMAN HC

The first printing of this new hardcover will feature a special acetate dust jacket showcasing the face of The Joker.

After having his face sliced off one year ago, the Joker makes his horrifying return to Gotham City! But even for man who's committed a lifetime of murder, he's more dangerous than ever before. How can Batman protect his city and those he's closest to? It all leads back to Arkham Asylum...

This new hardcover collects the critically acclaimed tale DEATH OF THE FAMILY from the superstar #1 New York Times best-selling team of writer Scott Snyder and artist Greg Capullo. BATMAN VOLUME 3 will have repercussions that will affect the Batman universe for years to come! 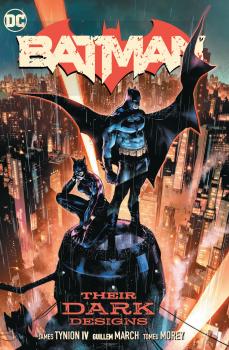 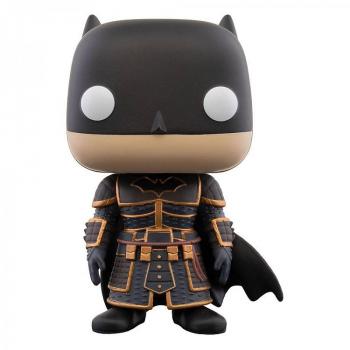 "Another masterpiece" by Hammerless (Belgium) on Apr 8, 2017

The joker was already Batman's toughest and most unpredictable adversary. But in this 3th volume Greg Capullo and Scott Snyder brought the clown prince back and made him even more darker, devious and cunning than before. Scott Snyder tells the story so fluent with nice details that make the story so compelling, every character gets fleshed out and he dives right into the action. Greg Capullo's art is so beautiful and alive. Every drawn scene captures the emotions and action going on. The colouring is on point as well, not to dark and not to flashy. Just the right amounts to make it come alive. In general a very nice follow up to the court and city of owls. The standard was set high with those 2 starting volumes and keeps rocking the same high quality!