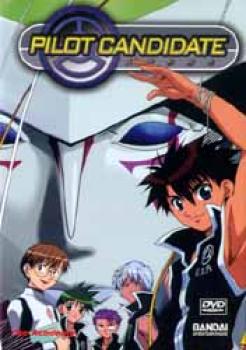 Other items in Pilote candidate TV DVD US

In the year 4084, Zion, the last planet left to humanity, is under constant attack by the VKDMs, a mysterious alien presence seeking to destroy the last remnants of the human race. The only thing standing in their way are five unique mecha called INGRIT, better known as the Goddesses. Each one is piloted by the best the world has to offer, pilots with the strange &quot;EX&quot; ability to enhance their combat skill. These brave young men and their female repairers fight a never-ending but constantly escalating battle against the VKDM...but first require the necessary training. The Goddess Operator Academy (GOA) is where the hundreds of candidates are trained and tested in the art of combat, competing against each other for the ultimate chance of being one of the few individuals to pilot the Goddesses. Follow the exploits of the newest candidate, Zero Enna, a young boy full of enthusiasm and determination to become a pilot, and a remarkably high EX rating. Approximate running time: 75 minutes.